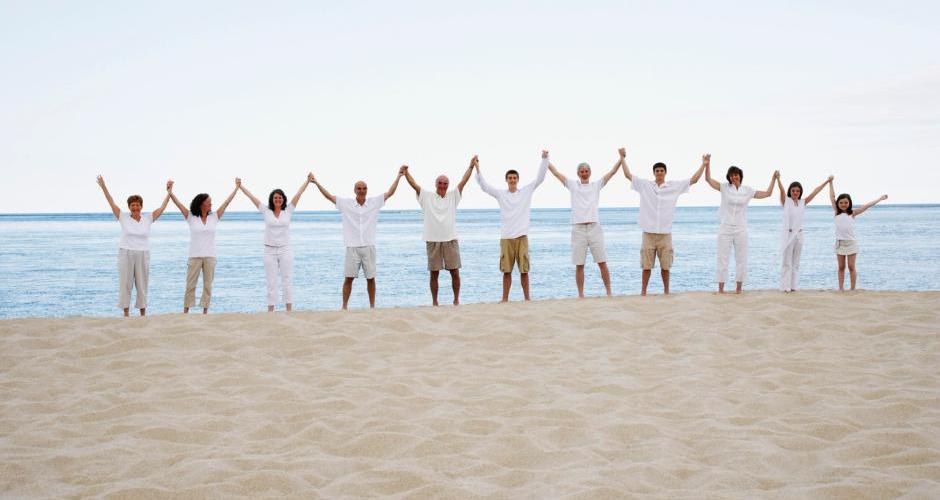 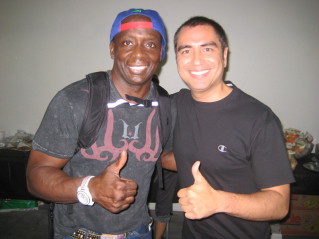 Born and raised in Southern California, Michael Brummer had the good fortune of living a healthy and fit lifestyle from a young age.  His mother enrolled him in swimming lessons at the age of 5, after-school sports in elementary school, tennis lessons at the age of 12, after-school sports and a softball league in high school, and she was the main force behind his early exposure to fitness and sports.  His mother also introduced Michael to healthy, well-balanced, delicious, multi-ethnic meals and was an excellent chef in the kitchen.

Unfortunately, Michael's mother died of a chronic illness in 1991, after which he became severely depressed.  He consequently gained 40 pounds during his college and graduate school years.  He treated his depression by receiving grief recovery, group psychotherapy, and individual psychotherapy services.  Despite his depression, he was able to complete his Bachelor's degree in Psychology from California State University, San Bernardino, and his Master's degree in Marriage and Family Therapy from Loma Linda University.  After his depression lifted, he gained the strength and motivation to start his weight-loss process.

Michael's weight-loss process began in 1998 when he viewed a TV commercial by the inventor of Tae-Bo and cardio kickboxing, Billy Blanks.  He purchased the Tae-Bo videos featured on the commercial, began doing the videos at home, and eventually joined a private gym called Ultimate Kickboxing and Fitness in 1999.  He loved cardio kickboxing so much, he eventually became a cardio kickboxing instructor at Ultimate Kickboxing and Fitness in 2001 and continues to be a strong advocate of what he calls "the BEST total-body workout on the planet!"

In 2007, Michael's passion for health and fitness continued with the completion of his certification as a personal fitness trainer from the National Exercise and Sports Trainers Association (NESTA) located in Rancho Santa Margarita, California.  Since being certified, he has worked with people individually and in groups to help them burn fat, build muscle, and has counseled them on wellness, self-esteem and healthy eating so they can live their best lives.

On August 25, 2012, Michael had the honor and privilege of being invited to the filming of Billy Blank's next DVD workout series called "Tae-Bo LIVE."  The filming took place in Los Angeles on the rooftop of a building with downtown LA skyscrapers in the background.  It was an international event with Tae-Bo and fitness enthusiasts coming from countries, states, and cities such as Japan, Canada, Washington DC, New York, Virginia, Pennsylvania, Wisconsin, Tennessee, Utah, Texas, Nevada, Sacramento, Los Angeles, and Orange County.  This was an event that brought Michael full-circle and enabled him to be involved with one of his mentors and the person who inspired him to become a cardio kickboxing instructor.  Michael calls this event "the BEST day of my life!"

In February of 2015, Michael also purchased an Enagic water ionizer machine and began drinking Kangen electrolyzed water, the healthiest water in the world!  He has increased hydration and energy, and is on a mission to educate people about Kangen water and it's health benefits.  He also wishes to influence people to start drinking this life-changing water, to add people to his global team who are business and/or health minded, and to purchase their own water ionizer machine.

Michael has also had the privilege of counseling and coaching adults, youth and families for over 20 years working for non-profit therapy clinics and non-profit foster family agencies.  Areas he has assisted clients in include depression, anxiety, self-esteem, boundaries, communication, anger management, relationships, and pursuing one's goals and dreams just to name a few.

Michael is also focusing his energies on educating people to be more aware of Holistic health and wellness, speaking to children, youth, and adults about believing in yourself and conquering your dreams, writing books on improving one's self-esteem and living your best life, and designing a fitness clothing and accessories line.  His passion for health and wellness and living one's best life continues to be the major motivating force in his life.

Contact Me Today for a FREE 60-Minute Life and Wellness Coaching Session!

Email Michael Brummer at michaelbrummer@gmail .com or contact him at +1 (909) 754-2222 to schedule a FREE 60-minute life and wellness coaching session to have all your questions answered regarding online coaching sessions and motivational speaking engagements!

My Self-Esteem Book is Now Available!

My self-esteem book, "Unlocking Your Best Self," is now available on Lulu.com in paperback! There is a direct link to purchase the book on my Products page.   I look forward to sharing my views on how self-esteem can dramatically change the quality of your life, how you can live your life more positively and fearlessly, how you can have more loving and positive people in your life, and how you can conquer all your dreams and start living the life you were destined to live!  Purchase your copy today!

Kangen water is alkaline, ionized, has great taste, healthy minerals, is alive with molecular hydrogen and is a free radical scavenger.  If you want free gallon samples or more information, contact me at +1 (909) 754-2222 or click on the link on my videos page.  YOUR HEALTH IS YOUR GREATEST WEALTH!